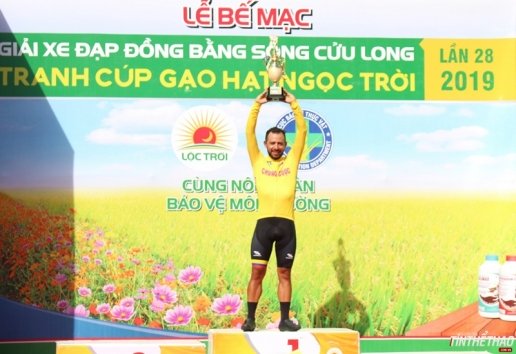 Although Parra didn’t finish in top three, he still held the overall yellow jersey with the best overall time of 22:00.17 after nine stages. Quàng Văn Cường and Nguyễn Trường Tài of VUS-HCM City were runners-up.

In total, 84 cyclists competed in 14 teams from across the country on an 879-km long journey. The route took competitors through 11 provinces and cities along the Mekong River Delta.

The tournament aimed to find talented riders for the Vietnamese national cycling team in preparation for international events, particularly the 30th Southeast Asian Games which will be held in the Philippines from November 30 to December 10.  VNS